Finns are heavy users of social media services and have a very positive attitude towards them.

Many popular social media services such as Facebook, YouTube and Twitter became widely used in Finland shortly after their creation in 2006-2008. The year 2008 can be seen as the real breakthrough for social media in Finland. Since 2009, Facebook and YouTube have consistently ranked among the top three most popular websites in Finland, together with Google’s search engine.

The new services were first popular with young people and young adults but have gradually spread to older age groups. The take-up of social networking services among 16-89-year olds exceeded 50% for the first time in 2014 (SVT, 2014). Initially, it was mainly the use of Facebook.

Although Finns are not known for their talkativeness, social media seems to suit us. In a 2020 survey conducted by the research firm AudienceProject, Finns clearly rated social media as more important than respondents in other countries. No less than 56% of Finns considered social media important to them, compared to 50% in Germany, 46% in the UK, 43% in Norway and 36% in Sweden. In the same survey, Finns were also significantly more likely to consider the impact of social media on their lives as positive (41%) than negative (8%).

Overall, the Finns’ relationship with social media can be described as enthusiastic and active. Connecting with friends and acquaintances is repeatedly cited as the main reason for using social media (e.g. SVT, 2018). For many, activities related to hobbies and work are also important, as is following companies and brands on social media. Especially in the context of Facebook, it often emerges that for many users, its various hobbies and work-related groups are the main reason for still being on Facebook. 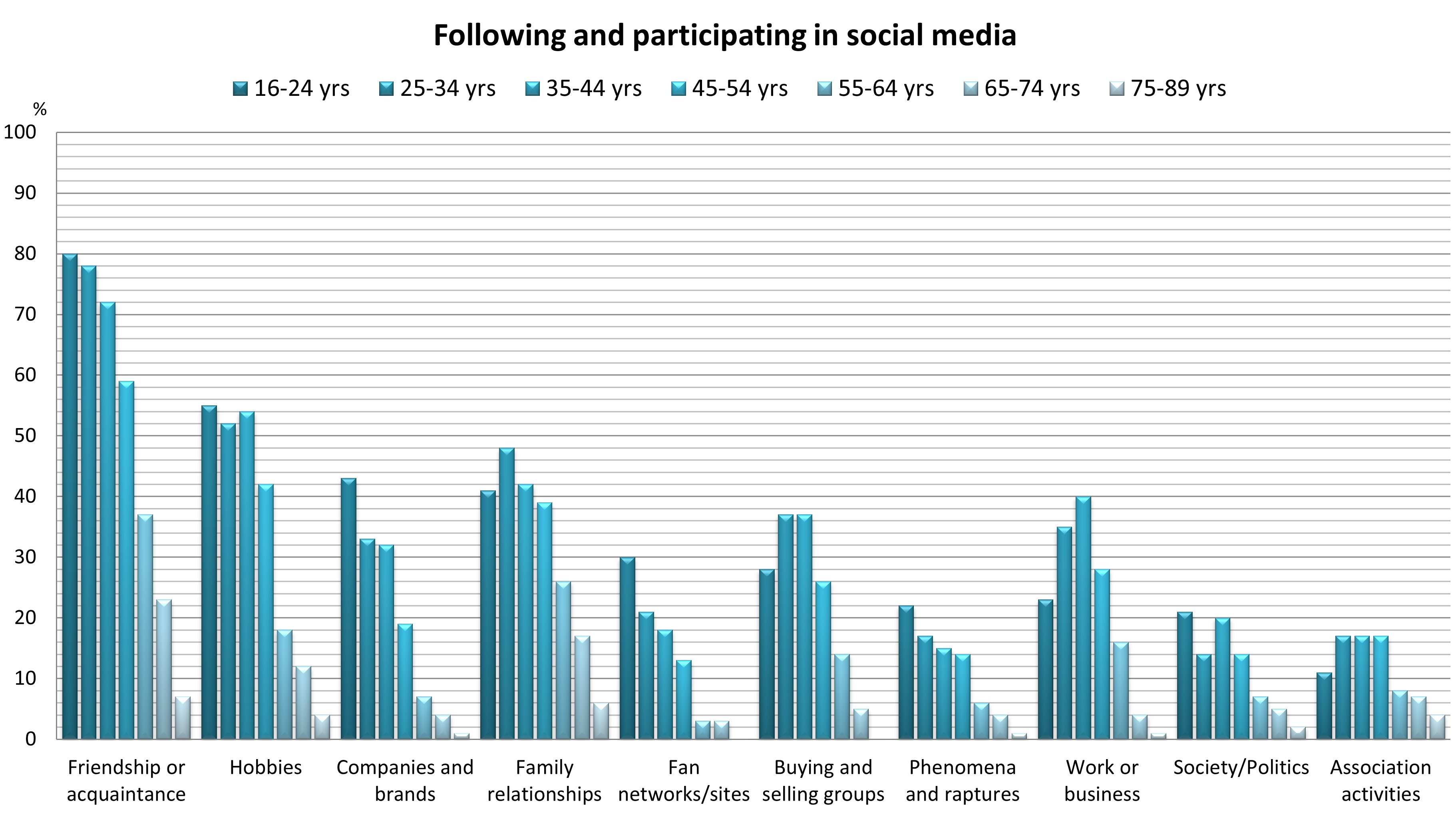 Together with online news sites, social media has emerged as the most important channel for Finns to get news (Reuters Institute, 2022). News consumption on social media is particularly high among young users. Almost a third (31%) of Finns use Facebook to follow the news. Other sources of news are WhatsApp groups (14%) and YouTube channels (12%). 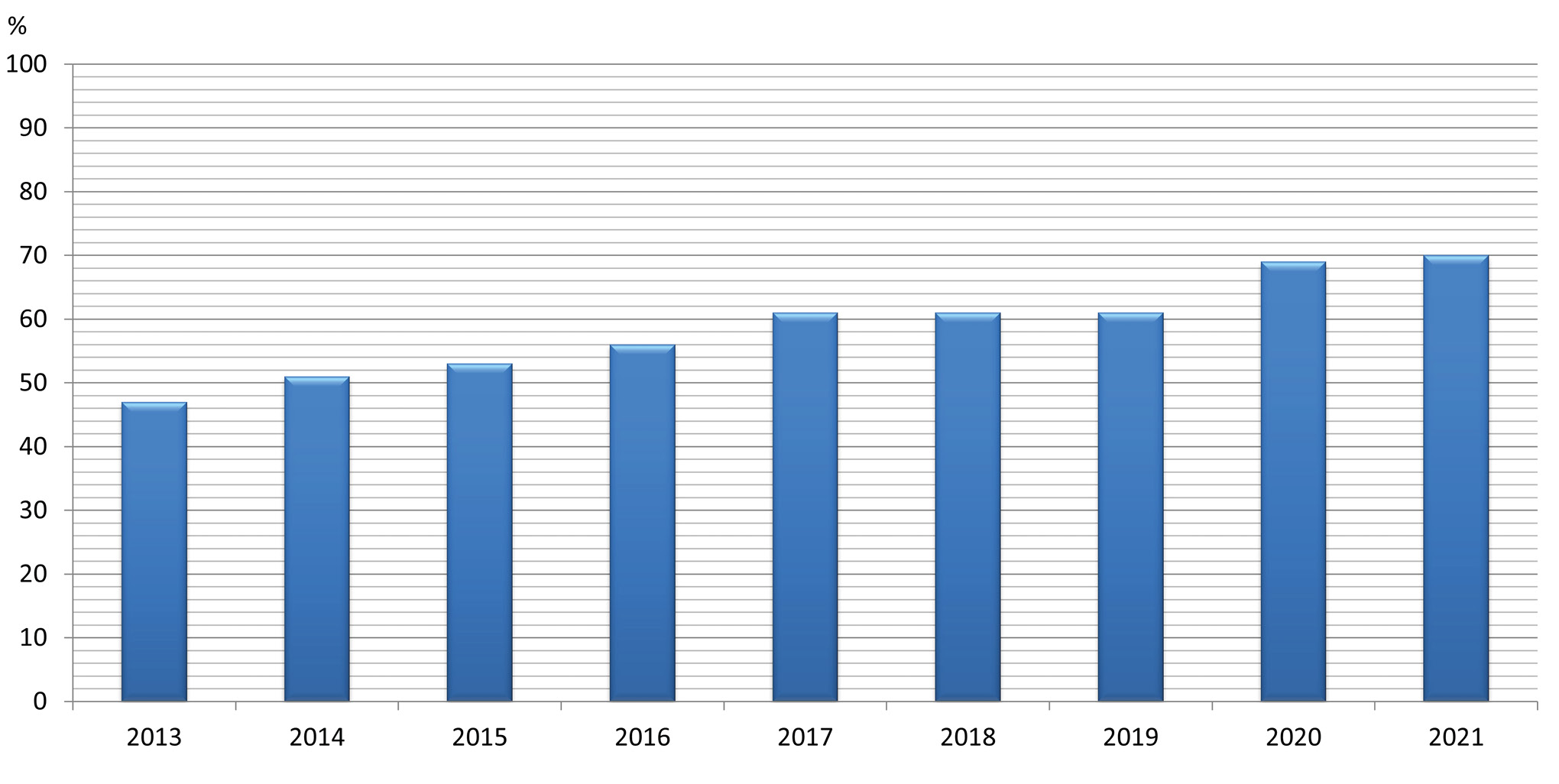 The covid pandemic led to a significant increase in the use of several social media services. Between 2020 and 2022, the biggest increases were in Instagram, TikTok, WhatsApp and Twitter (DNA, 2022). Both social services and messaging apps appear to have been affected by the pandemic. During the period of covid restrictions, people were unable to meet each other normally, putting more emphasis on connecting through social media. Covid itself was also a major topic of news and discussion on social media. 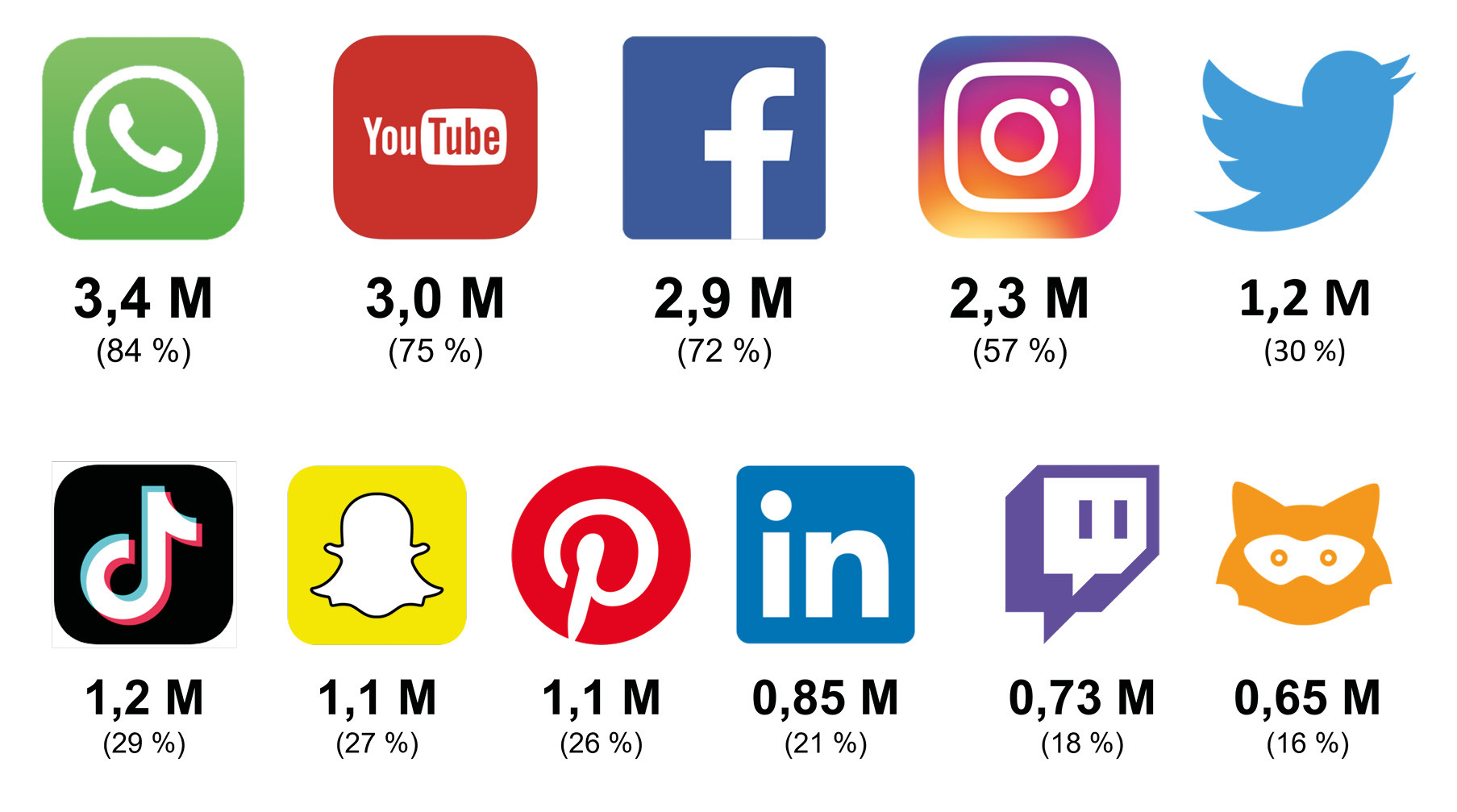 Figure: the number of Facebook users in Finland as reported by Meta’s advertising engine on 14 April 2019, 9 January 2020, 25 February 2021 and 15 January 2022 relative to the Finnish population in the same age groups, source: Meta and SVT, image: HP

The war in Ukraine is visible on social media

Alongside covid, social media usage has been boosted by the war in Ukraine. In a DNA survey (2022a), a quarter of respondents said the world situation had increased their use of social media and messaging apps. Half also said they follow the news more than before, which can be expected to be particularly reflected in their use of Facebook.

The debate surrounding the war in Ukraine and Finland’s NATO membership has been clearly reflected in the increased use of Twitter. A new record in the number of monthly Twitter users was seen in March 2022. According to the Pinnalla-counter, there were 183 000 active Finnish usernames on Twitter, meaning that they had tweeted at least once.

Social media users estimate that covid and the war in Ukraine are also reflected in an increased in the number of scam messages and calls. In a DNA survey, 37% of respondents reported an increase in scam messages and calls. In a survey commissioned by the News Media Association, as many as 75% of respondents believed that deliberately misleading information would increase between 2022 and 2023. Only 38% of respondents believed that other Finns are able to distinguish outside influence. The need for digital information literacy is growing increasingly important with the use of social media.

Young people’s use of the social media and new favourites 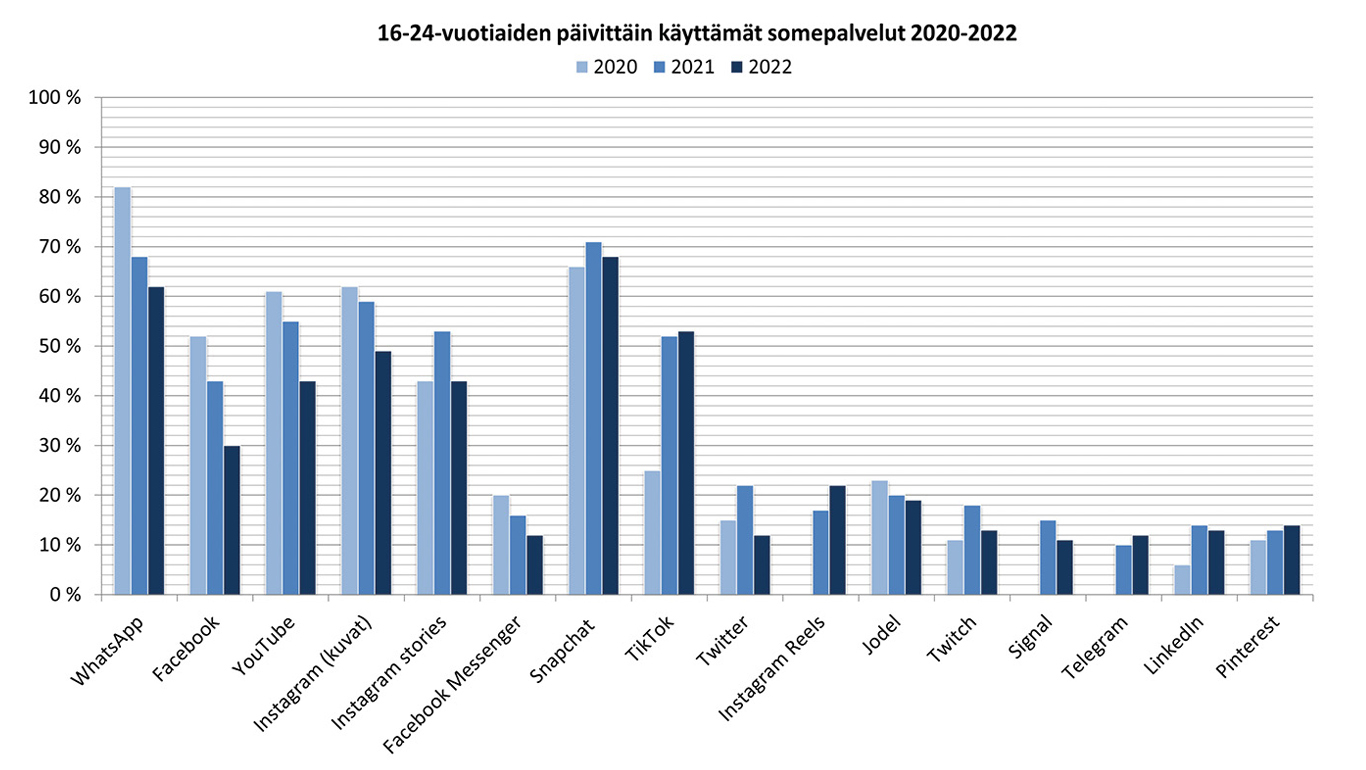 The tendency towards a middle-aged user base, previously seen on Facebook, now seems to be spreading to other social media services. Daily activity among 16-24 year olds has fallen by 10 percentage points per year on YouTube, Instagram and Twitter (DNA, 2022). It seems that as the older user groups grow, young people are moving to other services.

Of the social media services favoured by young people, TikTok has grown fastest in recent years. Only three years ago, TikTok was becoming more common, with 9% of respondents aged 13-29 using it, according to the Social media and Young People survey (2019). In a similar survey this year, the figure was 57%. Short videos seem to be the most effective way of communicating with young people at the moment.

Looking back over the last year, alongside TikTok, Instagram Reels have increased in popularity. It was originally seen as a cheap copy of TikTok by Meta, but as part of Instagram it has found its place as a platform for publishing short videos. Reels now have a daily usage rate of 22% among 16-24-year olds (DNA, 2022a).

Of the messaging services, Snapchat is the most actively used by young people, with 68 % saying they use it daily. WhatsApp is on the decline, but it is still the second most popular messaging service for young people with 62% daily usage. Up to 37% said they had reduced their use of WhatsApp, which predicts a continued decline in its use.

The use of Facebook Messenger and Signal are also declining among young people. Telegram, on the other hand, is on the rise, but its daily usage among 16-24-year olds is still at a moderate 12%. Telegram’s growth is driven, among other things, by its numerous open channels focusing on news. Telegram channels, like Facebook groups, are also known to spread disinformation about Covid and the war in Ukraine.

Harto Pönkä (M.Ed.) has a broad background in e-learning pedagogy, media education, social media and data protection. He has been a trainer since 2008 and has published books and articles on social media. Pönkä provides training and analysis for companies, associations and public administrations. Pönkä works for his companies Innowise and Tweeps.