9. Political propaganda is based on psychological manipulation

Political propaganda is a broad form of influence aimed at persuading the target audience to act in accordance with the propagandist’s objectives. The hallmark of propaganda is psychological manipulation, typically through the use of disinformation, i.e. the deliberate dissemination of misleading information. However, the range of means is not restricted to disinformation. It can also be used to disseminate malinformation, i.e. accurate information disseminated with the intention of discrediting or otherwise harming a party. Effective propaganda also relies on partial truths, content taken out of its original context, and the withholding of information (1).

At the heart of propaganda there is typically an alternative, black-and-white, simplistic narrative that, in the words of philosopher Hannah Arendt (2) , “meets the needs of the human mind better than the true reality”.  A skilled propagandist tailors his or her methods to the expectations of his or her audience, so that they do not find themselves being duped. People are prone to adopt propaganda that reinforces their social status and identity, at least in their mindset.

Propaganda is not limited to the dissemination of information, but goes hand in hand with the manipulation of the target audience through various events. These may include court cases, staged or top-down social movements and mass events, acts of violence, harassment or military threats. Propaganda is counterproductive to democratic ideals in that it seeks to limit public debate on policy options without rational justification (3) .  A propagandist can still present himself as an advocate of freedom of expression and democracy. These are often invoked as symbolic slogans when the real aim is to undermine democratic institutions. 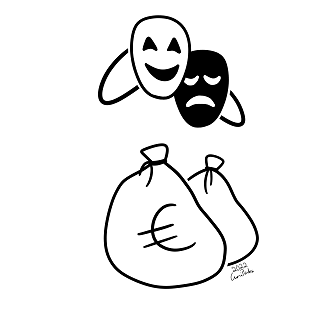 Originally, “propaganda” simply meant the spreading of correct doctrine. The term was born in 1622, when Pope Gregory XV founded a ‘sacred community for the propagation of the faith’ in Rome, the Sacra Congregatio de Propaganda Fide, to serve the Reformation and Catholic missionary work. The concept only acquired a negative connotation in the aftermath of the world wars of the 20th century (4) .  In democratic societies in particular, propaganda has since been associated in the mind with authoritarian societies such as Nazi Germany, the Soviet Union, China or Vladimir Putin’s Russia.

However, propaganda is also disseminated in democratic societies, and their freedom of expression can make them particularly vulnerable to propagandist influence. In recent years, the systematic use of propaganda in the United States has polarised the political climate and made social reform more difficult. After losing the 2020 presidential election, Donald Trump destabilised the country’s political system by spreading the narrative of a “stolen election”. The propaganda campaign culminated on 6 January 2021, when Trump supporters stormed the US Congress and more than a hundred police officers were injured on Capitol Hill in Washington (5) .

State-run propaganda has also been a key form of power in Russia under Vladimir Putin. Putin became president in democratic elections in 2000, but the Russian presidential administration was already prepared to use propaganda to advance its domestic and foreign policy objectives. The country’s political opposition was suppressed and critical voices silenced by concentrating ownership of television channels in the hands of those in power. The president’s position was also strengthened by building a cult of leadership. At the same time, the Putin regime maximised its room for maneuver in foreign policy by maintaining a semblance of respect for democratic values in Russia (6).

Propaganda is the mobilisation of large numbers of people for political purposes, but it is not limited to state actors - it can be spread by political parties, ideological groups, lobbyists hired by companies or civic activists organised on social media. Propaganda is generally not capable of changing people’s minds suddenly, but can gradually shape attitudes in the desired direction. However, the most effective and quickest way is to exploit pre-existing preconceptions, i.e. deeply rooted beliefs and enemy perceptions. Psychological manipulation is based on a good understanding of the recipients’ preconceptions. Propaganda can be designed on the basis of cultural knowledge, sociological studies and opinion polls. Historically established cultural myths are particularly useful, they serve as building blocks for worldviews and therefore provide a ready-made framework for propaganda. Myths guide people’s social imagination and are linked to notions of the sacred - the nation, its origins and traditional values (7).

Examples of such myths include the anti-Semitic ideology of Nazi Germany, the narrative of Russia as the ‘third Rome’ protecting Christianity, or the US as the defender of freedom in the world. Propaganda is built on confrontations: in Nazi Germany, the militaristic hero image was built on the lower “races” and the Jews, who were labelled as special syntypes (8).

In the 21st century, the internet and especially social media services have provided new tools for the dissemination of propaganda. Emotional messages spread rapidly on social media networks, the gatekeepers of traditional media are absent and the origin of the message can be hidden behind anonymous accounts. It is easy to spread so-called black propaganda on social media, where manipulative messages are sent under the identities of the opposing party. For example, a single-issue movement or a news site can be set up for this purpose. The content is limited only by the imagination: the aim of propaganda can be to increase social tensions or to distract the public with irrelevant or distorted issues. The content of black propaganda can be completely fake or partly true. The real source of the message tries to remain hidden so that the propaganda does not turn against itself.

In the early days, there was no regulation of digital services and for example ISIS was able to freely spread its propaganda inciting violence on Facebook, Twitter and YouTube (8).  Since then, digital platforms have become more self-regulated, but their commercial profit logic still drives visitors to polarising and emotive content, providing ample tools for propaganda. Propaganda overlaps with all other communications, marketing and news, and online content is mixed (9). Fact-checking has also increased, but it still provides an incomplete response to information failures on digital platforms.

In the age of the Internet, Russia, for example, has used a model in its propaganda that the US-based Rand Institute has dubbed the firehose of falsehoods (11).  In this model, the propagandist quickly puts out various confusing versions of events without much regard for their credibility. The strategy is to undermine trust in the media and democratically elected decision-makers with “alternative truths” and conspiracy theories (12) . The radical right in the US has relied on similar methods. If nothing is considered true any longer, the propagandist has a freer hand to pursue their own arbitrary policy. The antidote to such propaganda is digital information literacy and an understanding of propaganda techniques. The impact of propaganda can be weakened by revealing the methods used in advance, thus reducing the effectiveness of the manipulation and allowing the public to discount the propagandistic messages (13).

Lasswell, Harold. 1951. “The Strategy of Soviet Propaganda.” Proceedings of the Academy of Political Science (24).

Nimmo, Ben. 2015. Anatomy of an Info-War: How Russia’s Propaganda Machine Works and How to Counter It. Central European Policy Institute. https://www.stopfake.org/en/anatomy-of-an-info-war-how-russia-s-propaganda-machine-works-and-how-to-counter-it/.

Taylor, Philp M. 2003. Munitions of the Mind: A History of Propaganda from the Ancient World to the Present Era. Manchester: Manchester University Press.

Joonas Pörsti is a foreign affairs journalist and doctoral researcher at the University of Helsinki. In 2018, he won the State Award for Public Information for the book Propagandan lumo (The Enchantment of Propaganda). He is Editor-in-Chef of Faktabaari.